Whether you decide to build a barbecue in the garden or get any of prefabricated models, it is important to consider the part of the backyard where you will accommodate your barbecue. And in order to maintain the functionality of the space, the dimensions of the grill should be adapted to the size of the yard where it is placed. Besides choosing the appropriate size, as well as various supporting elements, you can choose the visual style of backyard barbecue in order to better fit the ambience.

This is a spectacular outdoor kitchen with character that will turn your garden into a place of art thanks to its modern design. Cast iron grills have an antioxidant treatment for haute cuisine and are designed to the smallest detail. In addition to the barbecue area, this model has an area with granite wash utensils.

This is pretty much the same model as the one before, but it has a towel handle, which many people may find quite useful. Now, isn’t that a cool idea? 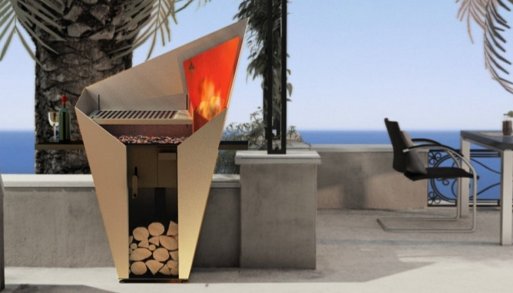 Now, this shows an innovative and original design. This barbecue evokes the symbolism of the torch and brings it to your backyard. In form and materials, this design is quite aesthetic. It provides excellent conditions for a quality barbecue while incorporating a convenient place to store firewood.

Barbecues can be built with different materials, and depending on the material you choose they will be simpler or more complex. The advantage of steel barbecues is that they can be moved from one place to another quickly and easily. In addition, the maintenance of this type of barbecue is usually very easy.

When choosing a barbecue model you must take into account several factors: the available space, materials, and of course the budget. In addition, you can choose from wood or charcoal barbecues, gas or electric barbecues. This is a barbecue made of stone. Its rounded roof and the sundial on the fire area make it a very original piece.

Would you like a barrel barbecue? Do you know that barrels can be restored as furniture? You can find abundant raw material suitable for installation, and at a bargain price in any junkyard or even your own garage. 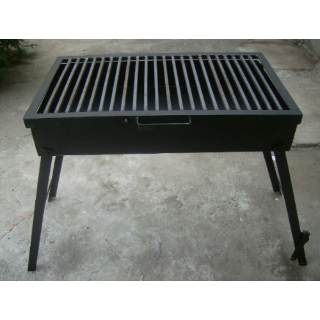 You do not have the time required for a barbecue, or enough space to place it? No problem, this version works just as well, it is mounted in no time and fits in anywhere: the barbecue plate. 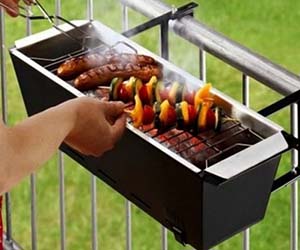 In case you live in an apartment or simply don’t have enough space in your yard, but still want a relaxing afternoon with your friends around a barbecue, this balcony barbecue can come in handy for an urban summer party. 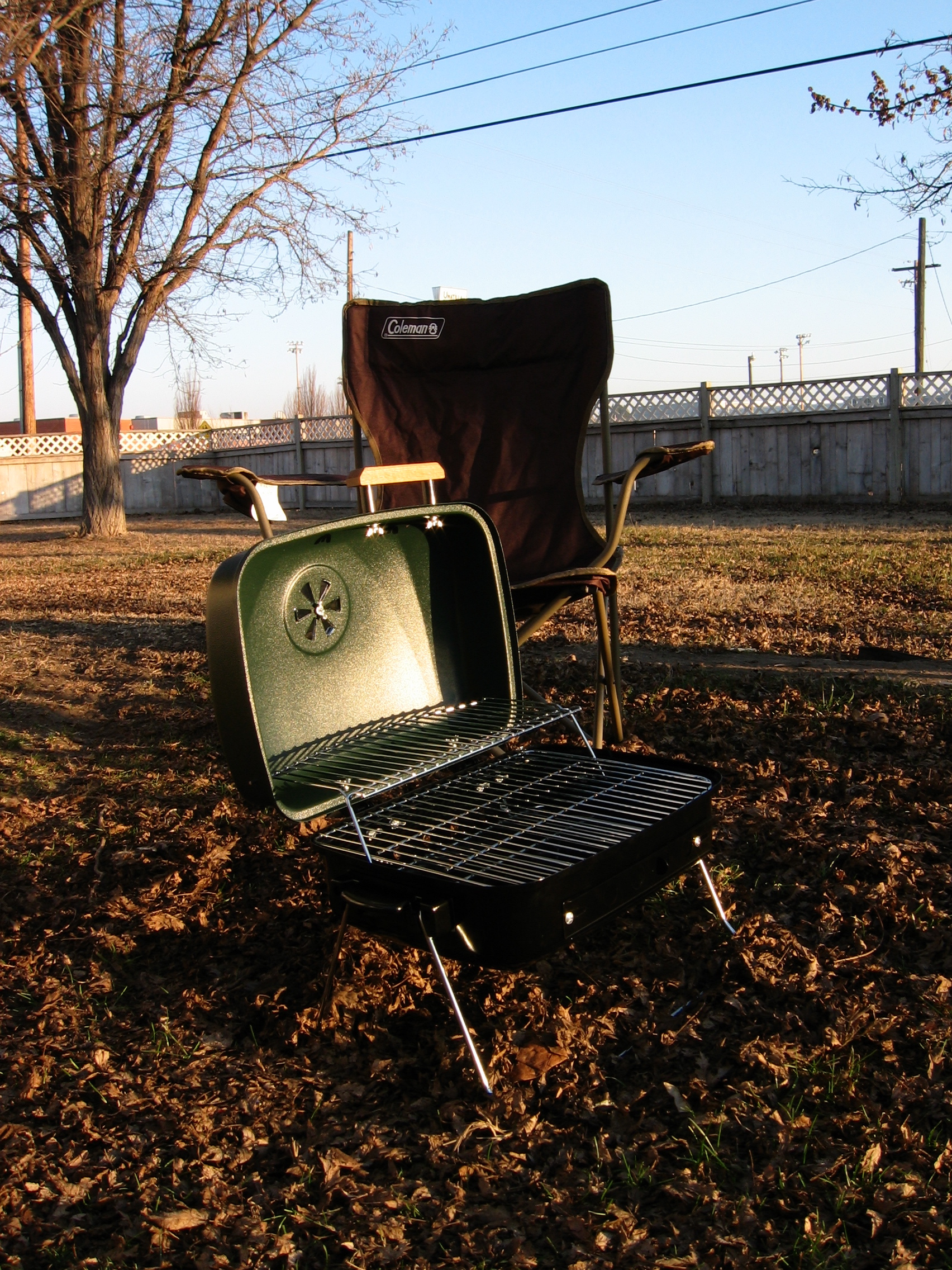 Outdoor kitchen, terrace, garden, or anywhere you want to go, now can become a place for barbecue. This portable barbecue has compact design, it’s cheerful with summery colors, and most importantly, it is very practical. 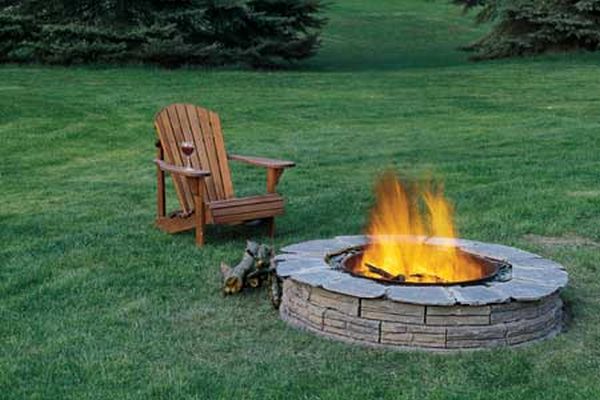 Sit around a ‘camp’ fire or barbecue yourself some tasty food, it’s all up to you. Every garden needs a lot of work, and you can get the best of both worlds with this barbecue hearth.

The summer may have already started, but it’s never too late to redesign your barbecue space. Choose something that will suit your taste, and enjoy nice weather and good food with your family and friends.

How to Pick your Dream Window

Selecting new windows takes more than just going with the looks that match the house they are about to be built in. Aside from acting as source of daylight and architectural accent, windows also give shape to the room, provide ventilation and emergency escape route. These are the most popular window styles.

Generally speaking, windows can be fixed or operable. Fixed windows re used solely as architectural feature in places where there is need for natural light and view but ventilation is not a concern. They often come in unusual geometric shapes like round-tops or relatively new type of seamless bent-glass windows that provide unobstructed corner view. However, operable windows are what most people consider for their homes. They can be sided sideways, vertically or hinged outwards or inwards on both vertical and horizontal panes.

This classic design has survived centuries and not without a reason. Apart from having excellent ventilation control, they have a very simple construction. Their upper outside sash can be lowered, while the lower inside sash can slide up. Some types even feature sashes that can be removed easily for cleaning. A sub-variant of this type with only one sliding sash is called single-hung. Tilt-turn windows are popular in Europe. They tilt inside at the top but also have a feature that allows them to swing at 180 degrees for easier cleaning, which doubles as convenient emergency exit.

These side-mounted windows are made in single or paired configuration and are operated by a crank that rotates the sash inward or outward. They can be fully opened for easy cleaning and maintenance, while their excellent ventilation properties come from their breeze catching effect, in which they act like sails on a boat.

It is easiest to describe them as horizontal casements. While awning windows are top hinged, so that they offer partial ventilation, unobstructed views and respectable security. Hopper windows are their inverted image. They hinge at the bottom and due to their very good ventilation properties are often used as a complement for a door or another window.

They feature a single or multiple panels that are fixed and one or more panels that slide in horizontal tracks. The drawback of this design is that in the best case only half of the window can be opened at a time, providing only partial ventilation. However, an advantage of sliders is that no space is required for a sash to swing in or out, making them ideal for small spaces.

This three-window set is easily recognized from the outside as it protrudes from the house wall, and forms an interior bay. In addition to great light gathering characteristics, bay window offers much wider view angle than any other type, save the seamless corner windows. A central window is flanked by two side ones that make 30 or 45 degree angle with the house wall.

In order to fulfil their different needs, windows come in many sizes, types and functions. When choosing windows for your home, consider architectural aspect, the window purpose and budget.

Since ancient times, architectural development has followed the development of a society. You will remember a place by the looks it has, and great works of architecture will influence the look of a city in great amounts. This is the list of the ten greatest award-winning people standing behind great buildings.

Hadid is an Iraqui-British architect of neofuturistic buildings characterised by ‘multiple perspective points and fragmented geometry to evoke the chaos of modern life’.  Her greatest works include the Bridge Pavilion and the Third Millennium Bridge in Zaragoza, Spain; the Bergisel Ski Jump in Innsbruck, Austria; and the Central Building of the BMW Plant in Leipzig, Germany.

A number of this Canadian-American deconstructivist architect’s buildings, including his private residence, have become world-famous tourist attractions, such as the titanium-clad Guggenheim Museum in Bilbao, Spain; Walt Disney Concert Hall in Los Angeles; and Louis Vuitton Foundation in Paris, France. It was the aforementioned Gehry’s private residence that lift him from the status of ‘paper architecture’.

The architest of the Nemo Science Centre in Amsterdam and the Living Roof of the California Academy of Sciences, this Italian architect was selected by TIME as ‘one of the 100 most influential people of the world’. However, his world-famous building is the Shard London Bridge, an 87-storey skyscraper in London, standing approximately 309 metres, and currently being the tallest building in the European Union, and the second-tallest free-standing structure in the United Kingdom.

L.M. Pei, a Chinese-born American architect, is often referred to as ‘the master if modern architecture’. His most famous buildings include the Louvre Pyramid in Paris; John F. Kennedy Library in Boston, USA; and the National Gallery of Art East Building in Washington DC, USA. His most recent jewel is the Museum of Islamic Art in Doha, Qatar.

Calatrava is a Spanish neofuturistic architect, structural engineer, sculptor and painter. His greatest architectural achievements include the Liege Guillemins railway station, Belgium; the Athens Olympic Sports Complex, Greece; and the Bridge of Strings (or the Chords Bridge) in Jerusalem.

This British architect is the designer of the Burj Al Arab hotel, the synonym of Dubai. The yacht-sail-shaped hotel, causing the ‘wow effect’ in any viewer, reflects the seafaring heritage of Dubai in a combination with ‘a modern aspect moving forwards into the future’. On its rooftop is a helipad and the world’s highest tennis court.

This French architect is the designer of the future Louvre Abu Dhabi art museum. His famous buildings include the Arab World Institute in Paris, France and the Culture and Congress Centre in Lucerne, Switzerland; and the Philharmonie de Paris, France.

Safdie is an Israeli/Canadian/American architect, urban designer, educator and author, most famous for Habitat 67, a model community and housing complex in Montreal, Canada; as well as the Yad Vashem Holocaust History Museum in Jerusalem and the Khalsa Heritage Memorial Complex in Anandpur Sahib, India.

This American neofuturistic architect’s best works include the Burj Khalifa, – the world’s tallest skyscraper in the world, in Dubai, UAE, and the Jin Mao Tower, Shanghai, China.

These two Swiss architects are world famous for the Allianz Arena in Munich, Germany, and the Bird’s Nest in Beijing, China, also known as the Beijing National Stadium built for the 2008 Olympic and Paraolympics Games.