Certain life events trigger visible changes in our life. Moving is one of them and probably the most frequent one too. An average person moves more than ten times in his/her life. With 31 million folks moving annually, no wonder it’s become a $86 billion industry in the United States. People of this beautiful country also like to hold on to their belongings. That’s why we’ll provide new movers with a storage guide that should make their lives easier.

The beginning of every successful journey requires the completion of specific necessary steps. Here we’ll break down the storage adventures of a mover in five convenient stages. They shall cover the beginning of your moving experience to its triumphant conclusion.

It’s crucial to begin moving preparations before the actual event. Some experts suggest you should start making arrangements as early as a month before the day of moving to your new house for rent. You might think Moving will be a piece of cake for your family. But packing the entire house and shifting hundreds of objects is no vacation. Try to plan which rooms to get empty first and select the ones your family has the least use. Arrange friends for help prematurely, so you don’t have to bear their last-minute excuses. 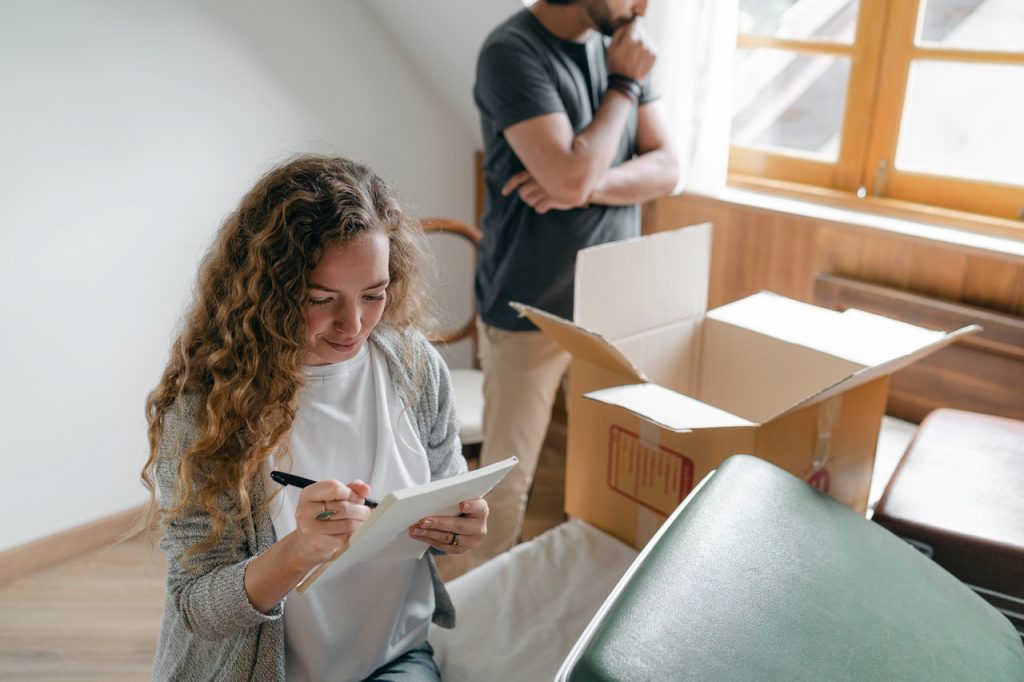 Begin gathering some supplies to help you pack your belongings into nice little boxes and packages. Heavier items must go into smaller cartons. This trick makes these items more comfortable to lift, push, or carry. Your dishes and glassware belong inside cartons. Then you’re going to need some tape and a permanent marker to seal and designate each box. You can also use color-coding for the process. Categorizing the packages makes it easier for you to identify which items each of them contains. This classification saves you the frustration of unpacking. Moreover, designate a particular room to put all these boxes. Here’s a list of supplies for your convenience:

Hiring a storage unit helps you accommodate your excessive objects. Texans can try Amarillo self storage for climate-controlled units of different sizes. Sometimes, you can’t bring everything home. These storage spaces allow you to place unnecessary but difficult-to-replace items somewhere safe. The trick is to reserve a storage unit as soon as possible. It will help you start packing without wasting any moment. Here’s how you choose the best storage space for you: 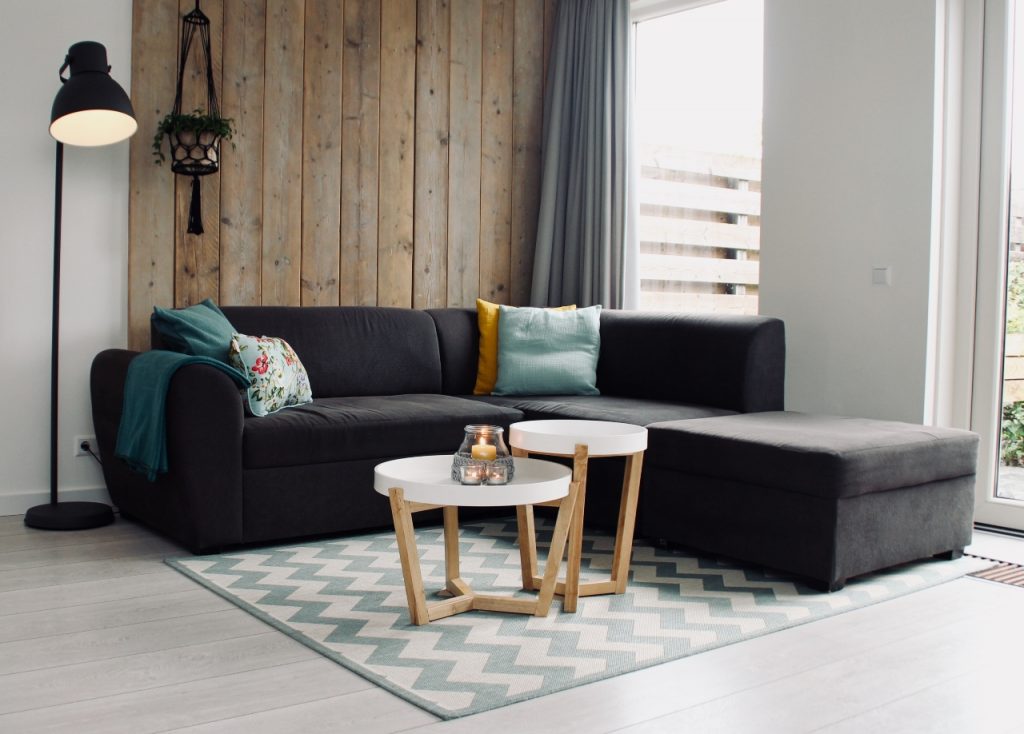 Moving is an excellent excuse for you to start decluttering. A 2015 report revealed that people were hoarding dangerously as the country had more self-storage facilities than McDonald’s restaurants. You’ll find many junk mail, damped books, discarded artifacts, and smelly furniture in the house. It’s time to ditch all this garbage to lessen your storage and transportation expenditures. Hoarding is a hair’s length away from getting classified as a disorder! So, donate, recycle, or throw away your clutter. Wanna earn some decent bucks? Organize a garage sale and fund your house change. That’s a fun and easy way to get rid of useless items.

In the end, it’s time to pack and move. Ask around to moving companies. Your friends might know professional movers. Labeling is the secret behind a seamless moving experience, we’ve explained before. Pack efficiently by putting similar items together. Don’t overload the cartons; it’ll just make them harder to push around. Use some bubble wrap to protect your breakable belongings. Make a list of all the items you had and have packed. This list will come quite handy while you unpack. Don’t let movers transport your entire household. Make a bag of necessities you and your family can carry on their person. This bag will contain your nighties, brushes, and toiletries.

You can’t blindly trust your movers with all your expensive clothes, glassware, computer items, and furniture. Look around for a moving company that provides you insurance. Insurance helps you receive compensation for any broken/damaged item in the end. Storage facilities also offer insurance. Stay away from any insurance policy that is not FSA-approved. Insurance policies within storage companies can be expensive. Never underestimate how vital insurance is!

A recent survey asked people about the most stressful event in their lives. Reportedly Moving makes people more depressed than a breakup does. Even marriage and children cause less stress than changing houses. And it’s because Moving is more frequent than weddings or divorces. Experts estimate that, while 70% of moving revenue gets spent on shifting, 20% goes to storage facilities. Self-storage in the United States generates around $36 billion every year. These facilities allow people to safely store their precious items while they change residences without caution. The steps we’ve mentioned above will ensure that shifting ceases to become a bother for our readers.

Mid-century modern was a style in architecture, interior and graphic design from the mid 1930s – 1960s. The style developed from Bauhaus and Scandinavian modern in America, since many architects and industrial designers from Germany and Scandinavia migrated to the USA during the Second World War. After the war, there was an expansion of cities and suburbs, as well as the appearance of new technologies and new materials which combined into the new mid-century modern which explored new forms, textures and colors.

This style is recognizable by a simple, understated look, clean lines and geometric forms. It is uncluttered and functionality is a priority. Plastic entered the world of interior design with mid-century modern, and materials like wood, metal, stone, glass, vinyl and plywood were also commonly used. Colors were bold as well as neutral, but there was no excess of ornamentation.

Mid-century modern never went out of fashion, and in recent years its popularity has been growing even more. In this article we give you a few ideas on how to achieve a mid-century modern look in your house without changing all of your furniture or traveling back in time.

You can look for original pieces in antique shops, but this can get rather pricy. If you already have some furniture of this style, it is possible to repair and refinish it. There are still some companies that produce and sell mid-century modern pieces, like Knoll, Vitra, 2Modern, Artek and DWR, to name just a few. You don’t need to go for an exact replica of those times, iconic pieces have been copied endlessly and something resembling an original can fully fit your needs. Also, you might only need a few pieces of mid-century modern furniture to nicely set the tone of your space, try not to go overboard with bold colors and patterns, stay in one color range and one pattern. Some sculptural, curved central pieces like armchairs and chairs, especially if made of molded plywood, or fiberglass will make a big design statement in your living room.

Mid-century modern interiors are minimal but can speak loudly and boldly with stand-out wallpapers, bright textured rugs or curtains, colored glassware, designer lamps and modern artwork framed simply. For example, design mirrors are a perfect accessory, like the famous sunburst mirror from this era. Wallpapers with bold graphic prints were popular at this time, but if you wouldn’t dare go that far, you could try decorating only one wall with it. It is important not to clutter the walls with artwork; one or two bold high-end pieces of art will be enough. They can be abstract art, pattern prints, metallic wall plaques or large oil on canvases.

The color palette was eclectic: red, yellow, blue, pink, aqua, orange and purple were frequently used, as well as muted colors like grey, olive green and brown. These were combined with the white walls and wooden ceilings. Timber stains were light, tables and chairs featured warm stains, such as golden chestnut or the classic walnut finish. Ceilings and walls were plain, without decorations. Floors were made of polished timber, concrete and stone and were carpeted. It was important there was a lot of natural light indoors and glass walls were not uncommon.

Whether you live in a new building, or are remodeling your old home, mid-century modern is proving to be a timeless way to design your space well in terms of both aesthetics and functionality.