Top 10 Strangest Buildings In The World

Architecture can amaze you in many ways. There are buildings which beauty leaves you breathless, as well as those that seem strange and sometimes even ridiculous. These structures cause you to look at them from different angles and are bound to leave anyone in awe. 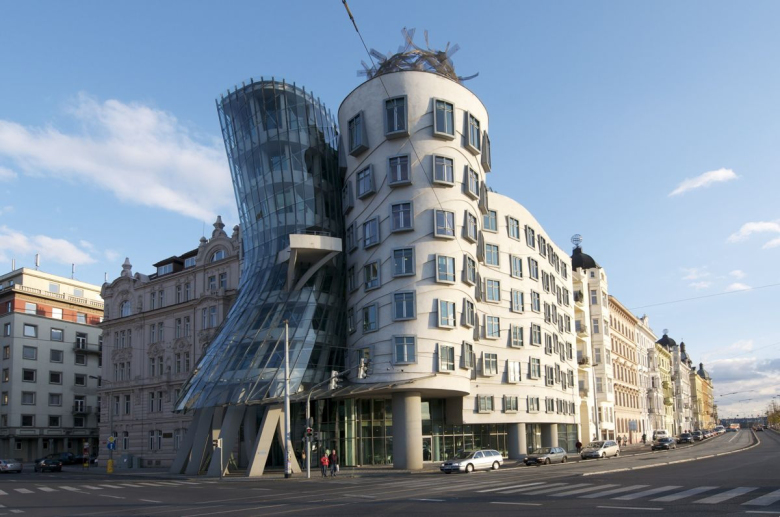 The Dancing House, or Fred and Ginger, was designed by Vlado Milunić and Frank Gehry. Its common nickname given by the citizens is ‘Drunken House’. It was built from 1994 to 1996 on the Vltava River, at the site of the building that was destroyed during the bombing of Prague in 1945. Its unusual appearance initially provoked controversial reactions and opinions of not only experts, but the local population as well. The former Czech President Vaclav Havel, who from childhood lived in a neighboring building, supported its construction, in the hope that it will become a center of cultural events, and he wasn’t wrong. 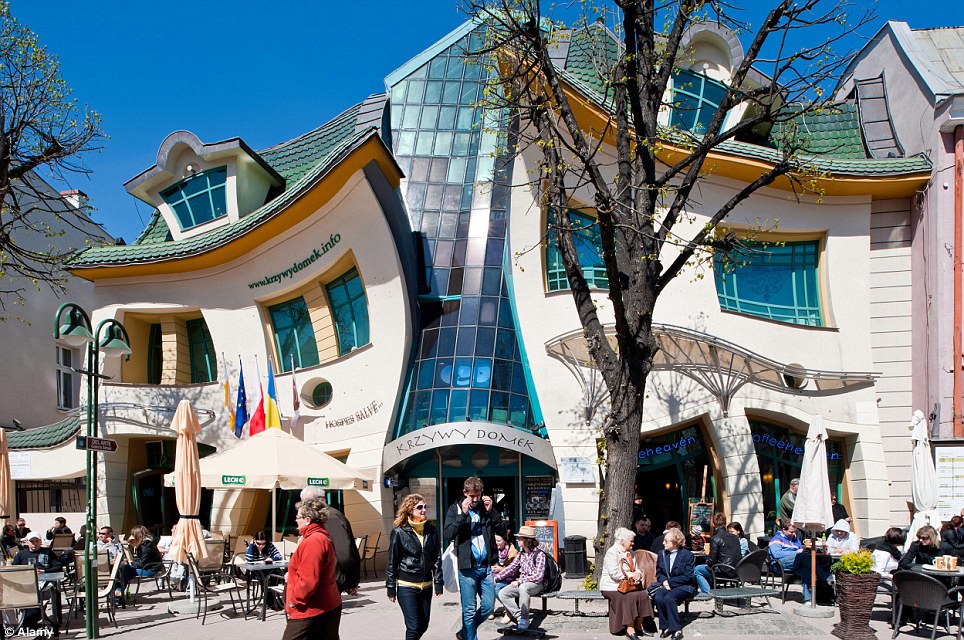 Crooked House was built by the design studio ‘Sotinská and Zaleski’ in 2004 in Sopot. Zaleski found the inspiration for this unusual structure while flipping through children’s picture books. Some describe it as a ‘tired’ building, while others say it looks as if it is melting. This house is a must-see tourist destination, and therefore it is not surprising that it is the most photographed building in Poland. In this three-story house there are pubs, restaurants and a few shops. 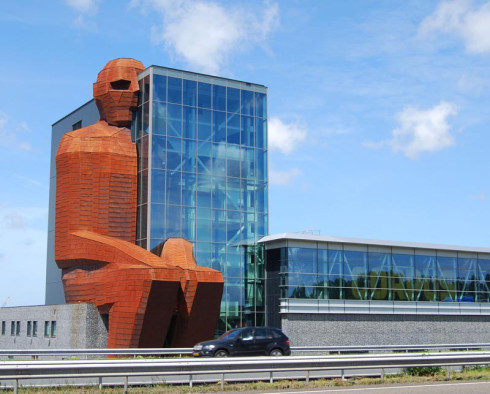 Enormous human body – The Corpus museum is undoubtedly one of the strangest buildings in the Netherlands. It is located near the highway linking Amsterdam and The Hague, and was opened by Dutch Queen Beatrix in 2008. The building actually consists of 35-meter high transparent structure that represents a portrait of a man in a sitting position. Inside it was used fiberglass, in order to more realistically display the insides of the human body and its functions. Visit to this unusual museum is primarily the educational journey, during which, among other things, people can find out why we sleep and what happens when we sneeze. 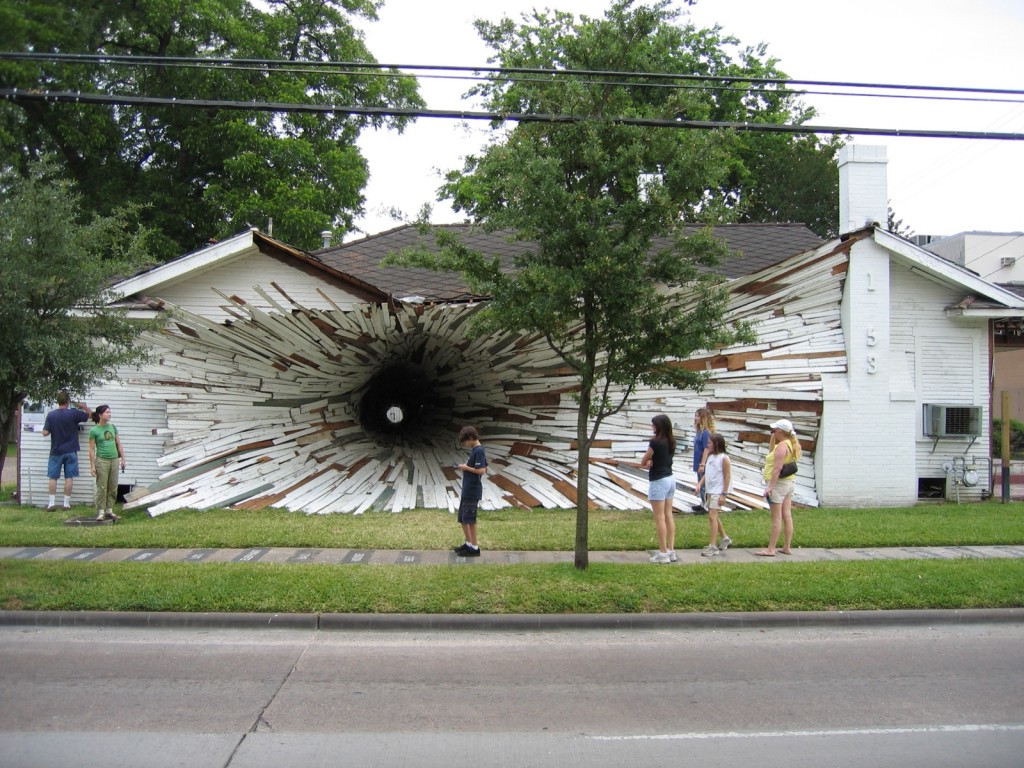 Houston residents were stunned when in the summer of 2005 they saw the consequences of the strong tornado that swept through their town. The storm passed through a house, and a strong wind made the swirl hole that only apparently acts as a horizontal chimney. The hole, later decorated with graffiti, can be seen clearly on the front of the house. Dan Havel and Dean Ruck have made it public artwork. It is a unique architectural project ‘Inversion’, which unusual optical illusion attracted many visitors not only from the US but also from around the world. 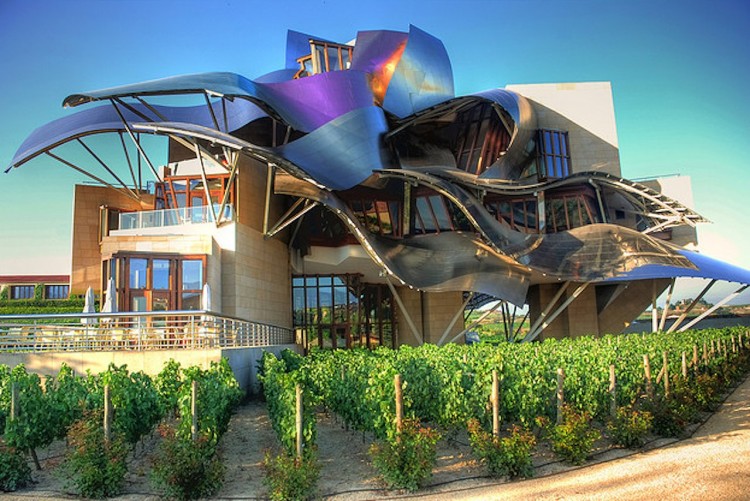 Hotel “Marqués de Riscal” was made by design of Frank Gehry, one of the most successful American architects of all time. It was built in the area where the wine growing is a tradition, with the aim of attracting tourists. Rather than fitting it into the existing environment, Gehry wanted an unusual appearance. The structure consists of elements made of steel covered with huge panels of titanium, gold and steel. Each room in this hotel is different and has a view of the vineyard, so staying in it is a unique pleasure. 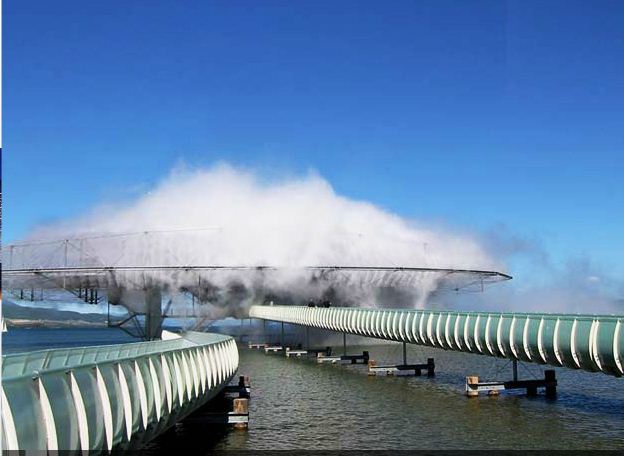 Located near Neuchâtel Lake in Yverdon-les-Ben, this hotel is built as an exhibition pavilion of the Swiss Fair in 2002. The modern meteorological system monitors the shift of climate changes in temperature, humidity, wind direction and speed, and sends the data to central computer that regulates the pressure of the water that creates the mist. Immediately upon entering, the ‘fog’ and all the visual and sound elements disappear, leaving the optical ‘white noise’ of pulsing nozzles. 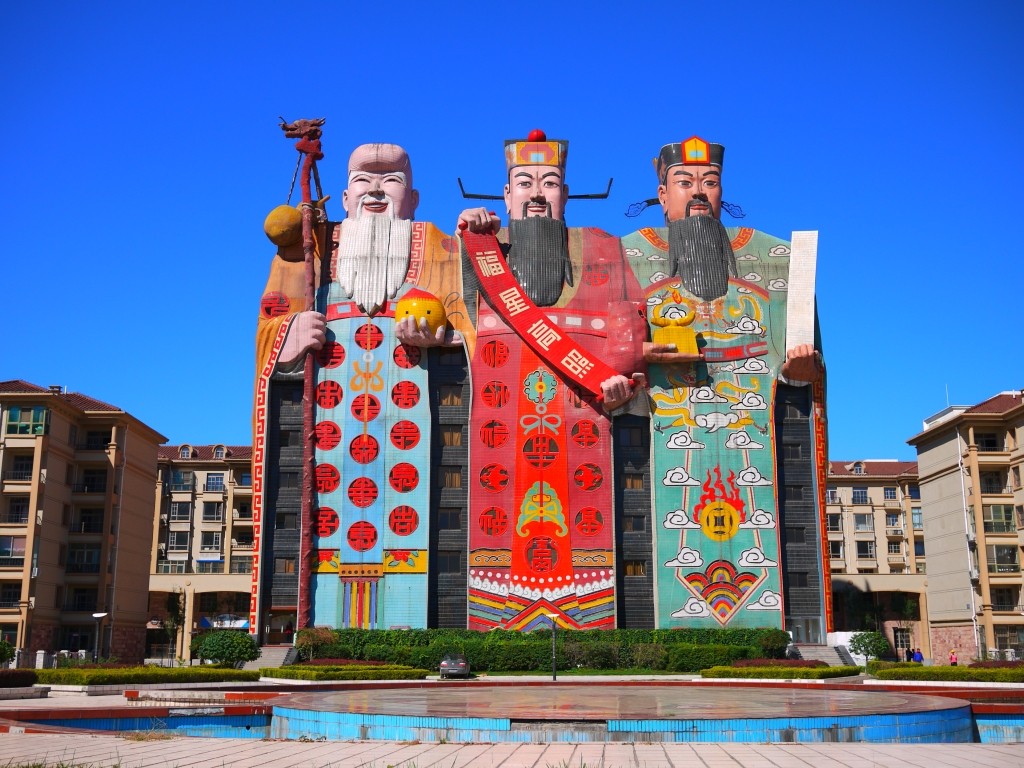 Hotel Tianzi immediately after construction (2000-01) entered the Guinness Book of Records as the largest image-building in the world. The building, 41.6 meters high, represents Fu Lu Shaw, a deity that brings good luck, prosperity and longevity. The official name of the hotel is Tianzi, but the locals call it the The Emperor Hotel and Son of Heaven Hotel. 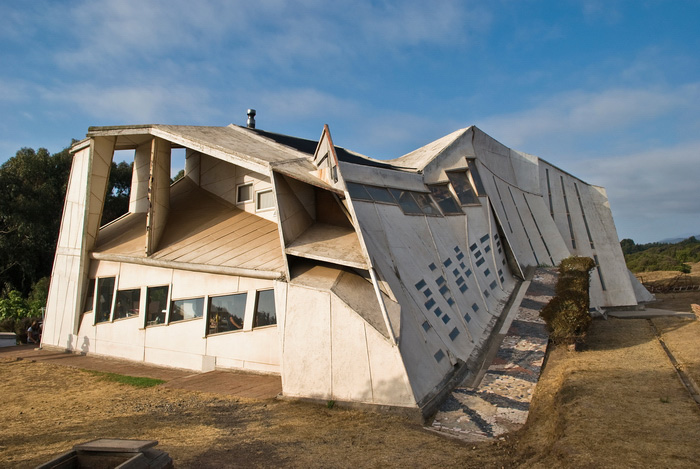 This unique structures apparently looks as a dilapidated building that will collapse in any moment. Most of the guests thought at first that it was shaped by a hurricane or an earthquake, and its sloping surfaces are a noticeable tourist attraction. 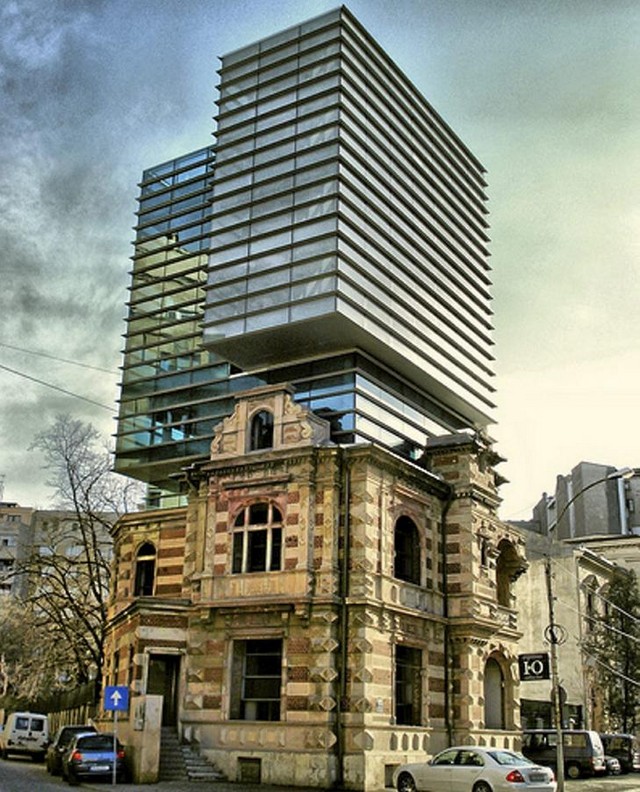 The structure of this unusual building, situated in Bucharest, combines the old building, which is linked to the restored modern glass building. It was built in the second half of the 19th century for politicians, and it quickly became the center of the intellectual elite of the time. The building was destroyed in the fire during the anti-communist revolution in 1989. Although dilapidated, over the next ten years it was a symbol of the Democratic victory, later to be altered by the best Romanian architects. 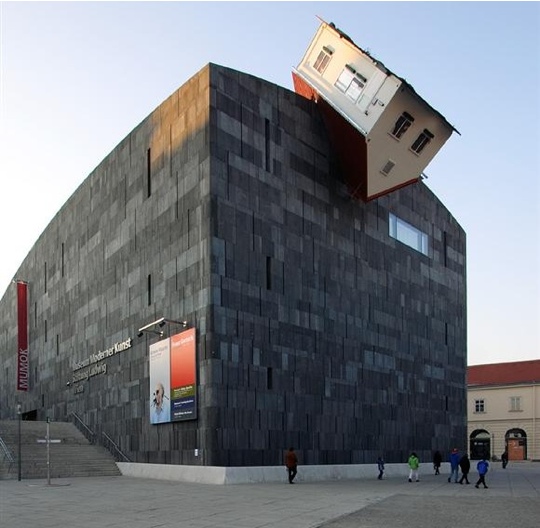 The renowned Austrian artist Erwin Wurm made in 2008. ‘House attack’ – the installation of the house hanging upside down from the Museum of Modern Art. According to him, this work symbolizes the families that are faced with problems and challenges.

A few hundred years ago it was easy to list the most beautiful buildings in the world; there had to be the Parthenon, the Hagia Sophia, the Taj Mahal, etc. Now it’s much harder to find architectural universality – buildings that tourists will surely visit for years to come.